A set of open-source tweaks that enable latest emojis on your device, developed by PoomSmart. 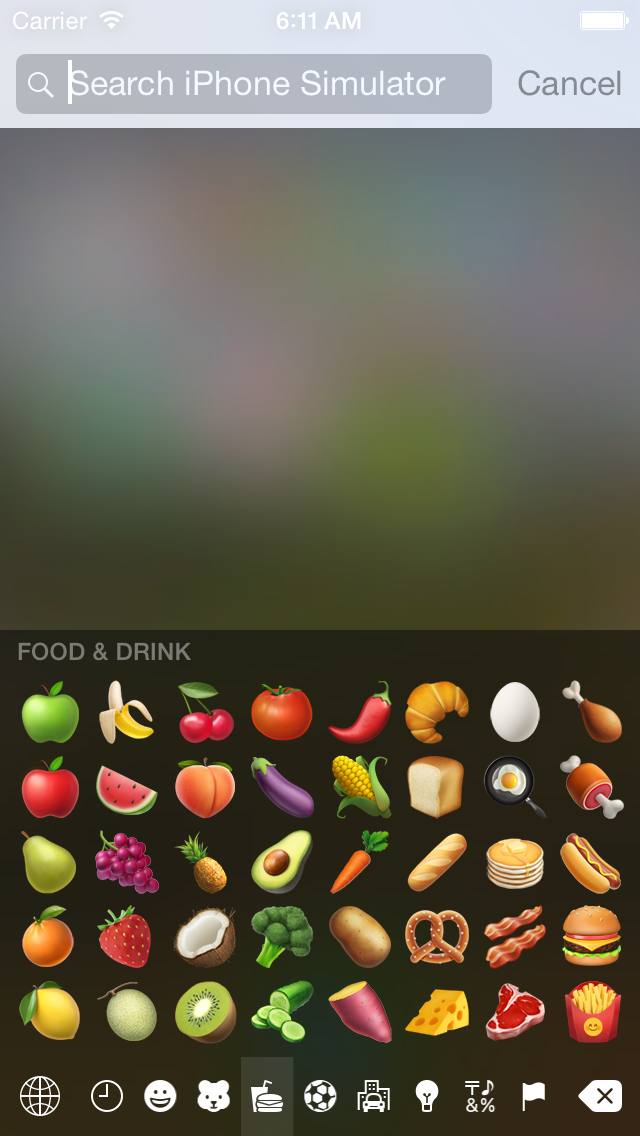 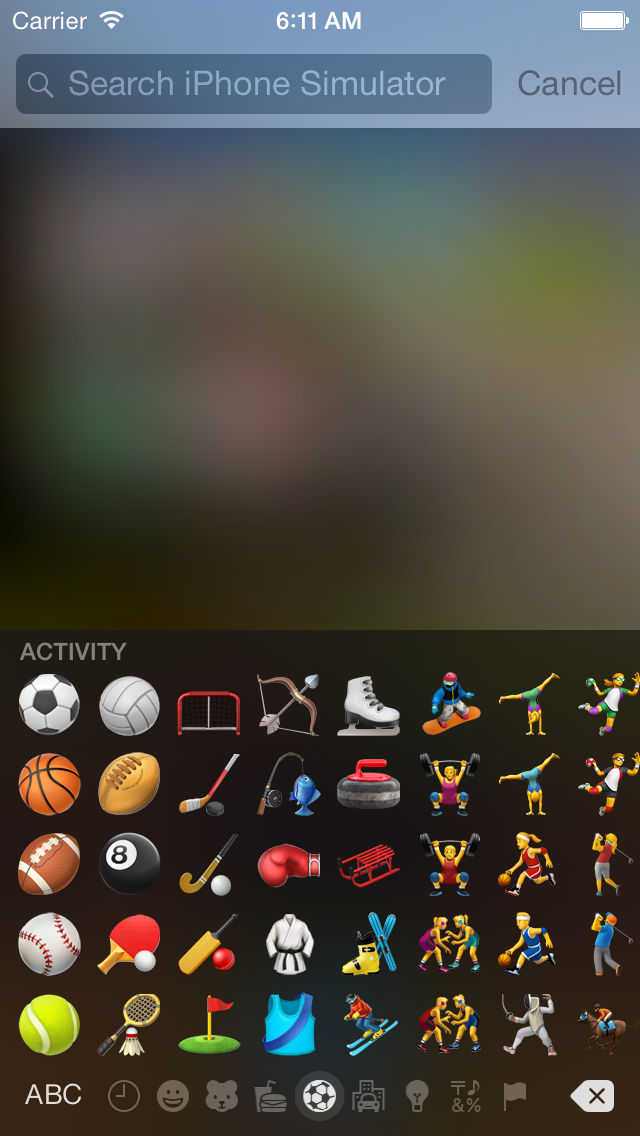 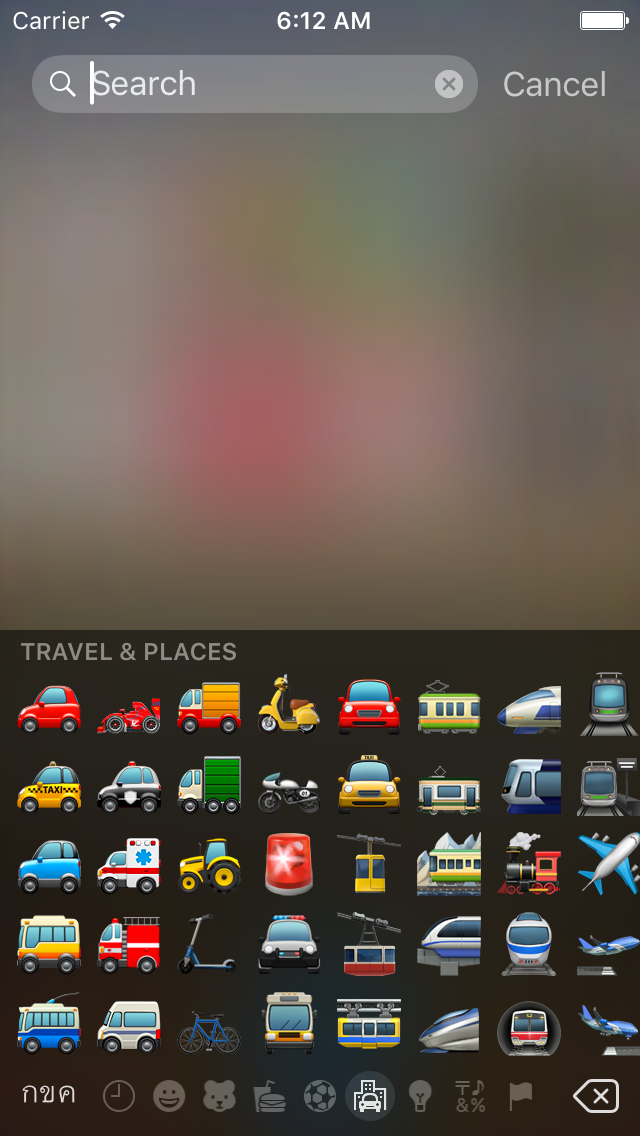 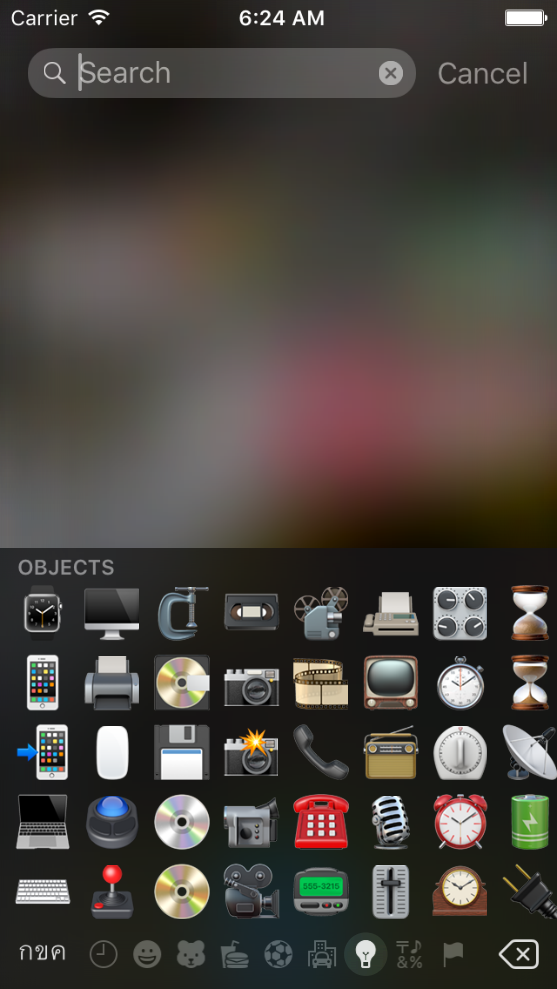 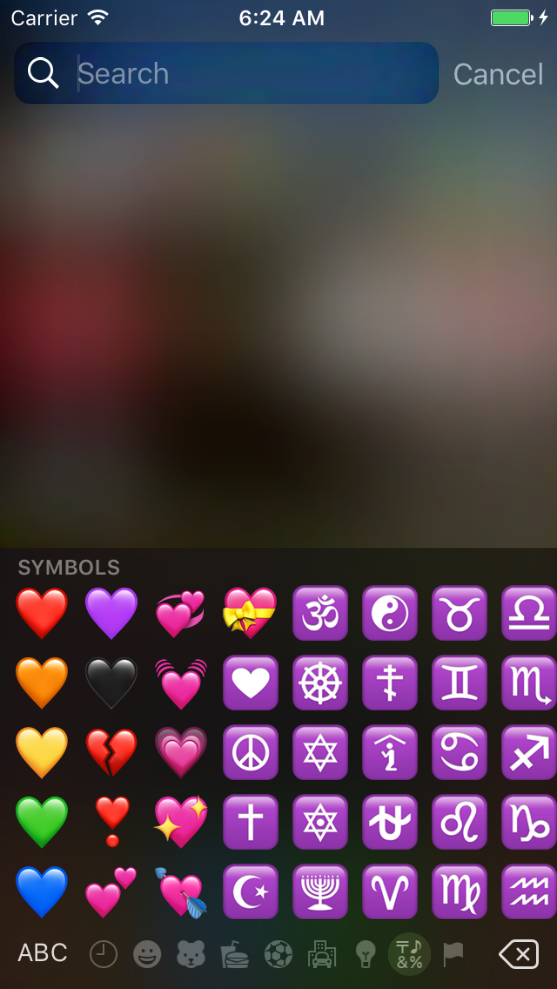 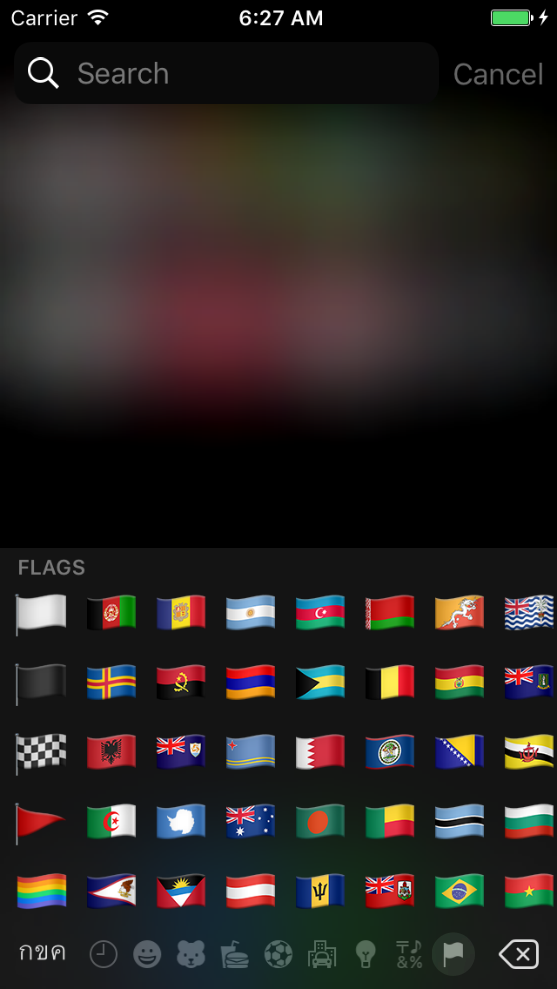 EmojiPort adds latest emojis on your emoji keyboard. It may need the following other tweaks depending on the iOS version you are on to make everything work as intended.

This tweak helps display emoji characters properly. Otherwise, you may see "?", "U", square or just blank space instead of actual emojis.

(iOS 10+) This package updates localization and metadata of emojis for functions like emoji suggestion and search to work up-to-date.

This tweak allows users to install the correct emoji font without filesystem modifications..

Required for all EmojiPort tweaks, it contains a set of latest emojis and handles any kinds of emojis correctly.

This tweak is optional. It enables dark variants of emoji category icons seen in iOS 10.2+.

Emojis are available on iOS through a keyboard. All emojis you see on the keyboard are predefined on iOS. Newer iOS versions usually include more emojis, thus the users at the lower versions won't be able to use or see unless they update their iOS to the latest.

Emojis are images, packed as a font, named AppleColorEmoji (and called internally .AppleColorEmojiUI on iOS 10+). The font gets updated to include new emojis.

EmojiPort works with an up-to-date emoji font that contains all emoji images needed. Without the new font installed, users are going to see "blank" emojis - in other words, new emojis won't show up.

First of all, add this repository: https://poomsmart.github.io/repo

Note that "XY.Z" means the iOS version that have new emojis. For example, 14.5

1. Get the latest emoji font

Back up the original fonts

Copy the font to the correct location

2. Install EmojiPort of your iOS version

Many people don't use the correct emoji font after they install the tweaks. They expect EmojiPort alone to work out-of-the-box. The original emoji font won't contain any new emojis. This is why they experience emojis not displaying correctly.

Some people don't know what they did. The emoji font, if installed manually, must be in the correct location and with the correct file name and extension. Doing anything wrong will cause the emoji keyboard to be either full of blanks, full of "U" symbols or full of "?" symbols.

If you see something different, you likely have issues with the font. To restore the default fonts, there are multiple ways:

By installing the correct font, this should fix 90% of problems installing EmojiPort that new users usually encounter.

[iOS 8.2] Apple named emoji font to be AppleColorEmoji (underscore)(2 or 1)x.ttf. BytaFont might not be able to handle this special case and you might need to rename the file manually, by changing from "@ " to "_ ".

Some font management tool like Anemone may not handle the new emoji font correctly. Most of the emoji font packages have only AppleColorEmoji@2x.ttf. In other words, only the font is recognized by retina devices. The simplest recommendation is, you install the font manually so that you can make sure the font name contains no @2x nor _2x. 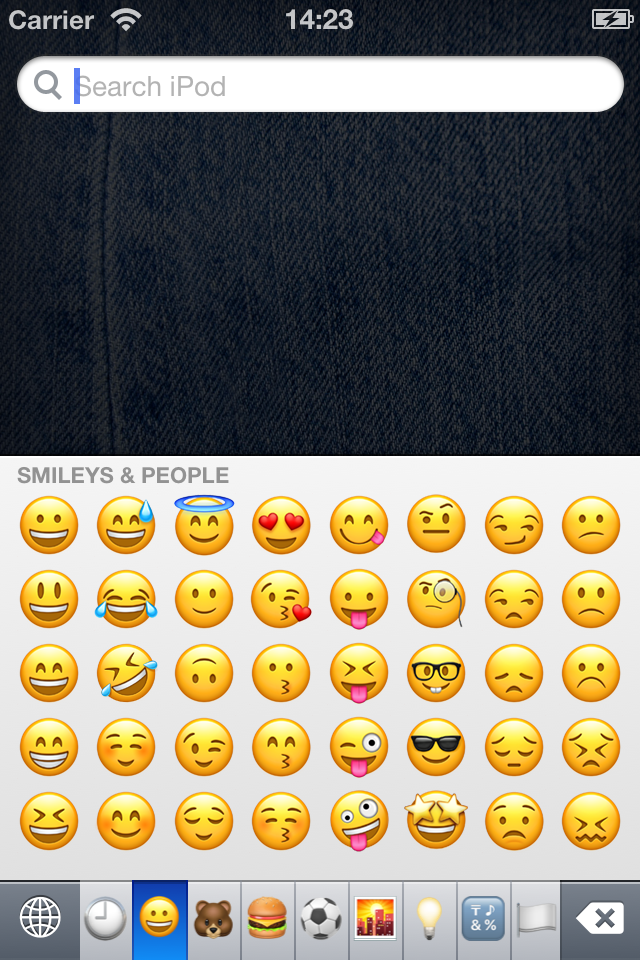 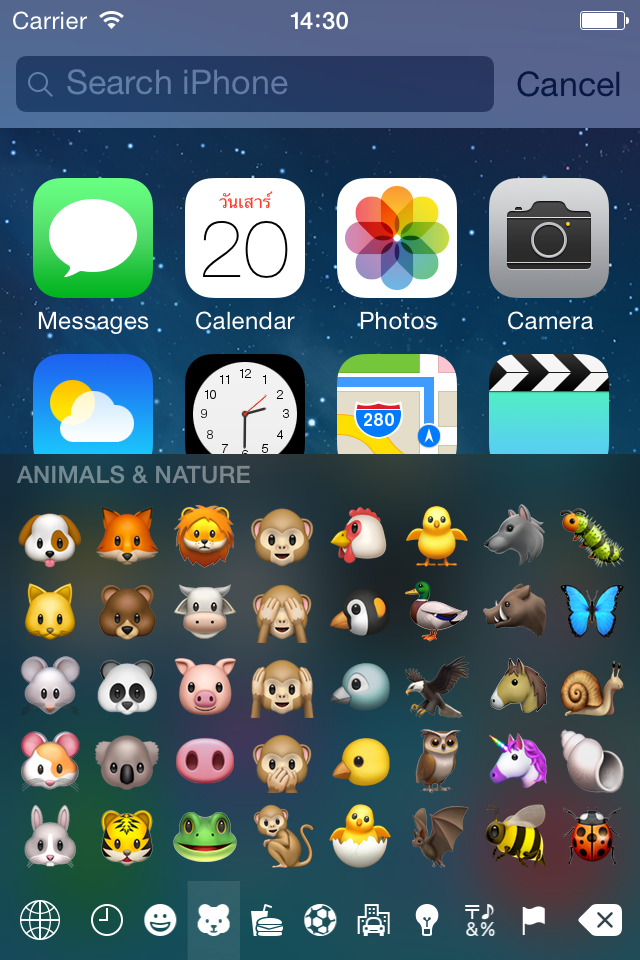